Pokémon GO has been among the world’s most popular mobile games since its spectacular release in 2016. It’s recently enjoyed a resurgence, thanks partly to people combining entertainment and exercise during lockdown. In Pokémon GO – like the Pokémon TV show, trading card series and other video games – players capture, train and battle with their Pokémon creatures: physically exploring locations while using augmented reality via their phone’s screen. The game generally provides a positive experience, but there are still some safety concerns to consider.

In the guide, you’ll find tips on a number of potential risks such as environmental hazards, strangers and data collection. 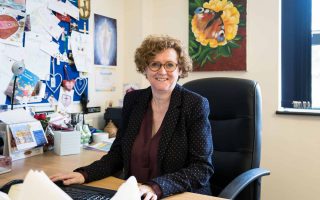 Taken from the latest issue of More News: Hello, I hope you are all well and looking forward to half term. I know we have often commented, whether as teachers,…

Black History Month 2021 takes place this October. It is a national celebration to honour the too-often unheralded accomplishments of…

Dear Parents and Carers, please see below for an update detailing how you might access a Covid vaccination for your…

Update: We are delighted to have this story featured on the Archdiocese of Birmingham website. Cafod Live Simply Award presented…

Bots are computer-generated accounts which sit on social media, masquerading as humans. While many are harmless or even have good…