This week the History department will be marking the 75th anniversary of VE Day through Key Stage 3 lessons as well as via our Facebook page.  Whilst we are remotely teaching and learning students will still be able to know and understand this significant historical moment in our national History.

Today is the 75th anniversary of VE Day.  We pause to give thanks to the millions of men and women who sacrificed so much for the democracy that we enjoy today.

Students in Year 8 study the Inter War Years (1918 – 39) in preparation for their study of the Holocaust.  Students also consider the local impact of the Second World War on the West Midlands to enrich their understanding of the local area and the rich History that surrounds us.  Today the History department would like to share and collate the experience of VE Day 1945 from the local area.  If you or your relatives have any memories of VE Day 1945, we invite you to share them by commenting on this post.  Perhaps a grandfather, great uncle or aunt joined in the celebrations on May 8th 1945.  What was it like?  What do they recall?  What does VE Day mean to them?​

Janet, a Wolverhampton civilian shared her testimony with the BBC in a legacy project in 2004.  We will begin our reflection of VE Day 1945 with her story:​

What I remember about VE Day is that it came over very strongly that the war was over. We got the big red, white and blue flags out and draped them around us. Even the men had them draped around them. We all had instruments. Our family had a big hand-bell and some had horns and bugles. The whole crescent came alive. We took it in turns to run up and down ringing the big bell. Our families were very patriotic.​

Somebody started to walk into Wolverhampton town and we all followed them. I got separated from my family on the 2 mile walk but it didn’t matter. We were all together from the crescent and we all went to town. We’d not been able to gather together like this before in the war because of the blackout. We seemed to be there for hours and hours and we were all so excited. It was the party of a lifetime — everyone was kissing and shaking hands. What a party!​

It was dark but all the lights were on — no blackout. Another world opened up to us that day – it was like no other.​

VE Day and the Media

This morning we would like to share with you a variety of opportunities to find out more about VE Day 1945 through the media due to be scheduled over the coming days.  Your family can gather together to learn more about the landmark anniversary that we are marking this week.  Here is a selection of highlights to look out for:​

A two minutes silence will take place at 11am on Friday 8th May.  This will be broadcast on the BBC.​

‘The Nations’ Toast to the Heroes of WWII’ is scheduled for 3pm.  People across the country are invited to stand up and raising a glass of a drink of their choice while saying the following toast: “To those who gave so much, we thank you.”​

The Nations Toast to the Heroes CertificateDownload

A Cry for Peace will take place throughout the Commonwealth at 6:55pm​

Cry for Peace Around The World CertificateDownload

Captain Tom Moore, Britain’s new national treasure, will tell the story of his part in World War II for a new ITV documentary to be shown on VE Day at 8pm on ITV. ​

The Queen will address the nation on Friday 8th May, delivering a special television message to mark the occasion at 9pm.  This can be viewed on all major news and TV channels such as the BBC.  The decision to schedule the address at 9pm is significant as this was the same time 75 years ago that her father, King George VI, gave a radio address in 1945.​

A national singalong will take place on Friday 8th may after the Queen’s Speech.  Throughout the country member of the public will be able to remember and gibe thanks to the Second World War generation by joining in with a rendition of Vera Lynn’s “We’ll Meet Again.”

Create your own VE Day 75 Bunting

Due to the coronavirus restrictions most VE Day 75 events and street parties have had to be cancelled or postponed.  To enable you to mark the occasion, share your pride in our country and honour the men and women of WW2 we are delighted to share instructions on how you can make your own special VE Day 75 ‘Great British Bunting’ to display in your window at home.​

The BBC has provided all the instructions you need to get started using any paper, cereal boxes, string, ribbon, sweet wrappers, felt pens, poster paint you have or whatever you can find.​

You can decorate your bunting with pictures of whatever inspires you, whether it’s those who fought on the frontline or worked hard on the Homefront, or whether it’s a celebration of enduring peace or your own personal hero.​

Hang your bunting with pride over the weekend of Friday 8 May – Sunday 10 May.

How to make your Great British BuntingDownload

VE Day (Victory in Europe Day) is the day on which Allied forces formally announced the surrender of Germany, which brought the Second World War to a close in Europe.​

The military surrender was first signed on May 7, but a slightly modified document with the final terms was signed on May 8 in Berlin.​

Celebrations immediately erupted throughout Britain and more than one million people celebrated in the streets. In London, King George VI and Queen Elizabeth appeared on the balcony alongside Prime Minister Winston Churchill.​

In a radio address to the nation, Churchill said: “My dear friends, this is your hour. We may allow ourselves a brief period of rejoicing.”​

VE Day is celebrated in memory of the Allied victory over Nazi Germany and Axis forces in the Second World War. It commemorates the armed forces and navy personnel who lost their lives in battle.​ 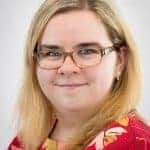 Miss R Vaughan is the Teacher of History.